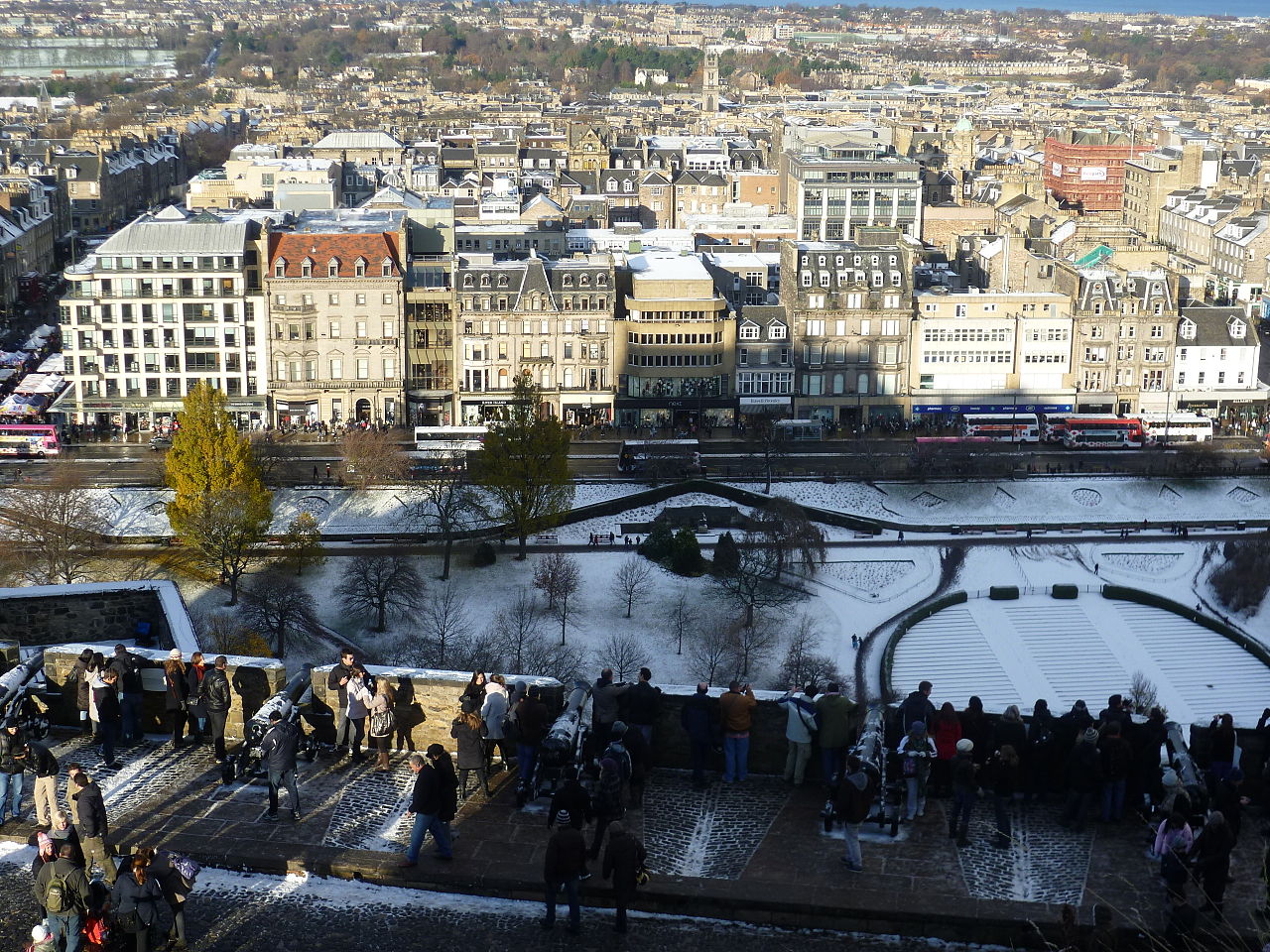 Edinburgh - NEW CITY (New Town), counting over 200 years, is in complete contrast to the Old Town. The arrangement of streets and squares is symmetrical, the roads are wide and straight, and most of the buildings are kept in the classical style. Initially, it was supposed to be a residential area, and its rise, as evidenced by the names given to the streets, was to commemorate the union with England, which was then celebrated as a major event in the history of Scotland. Today, the New Town is the center of the commercial life of modern Edinburgh, shops dominate, banks and offices.

The New Town owes its existence mainly to the idea of ​​George Drummond, who put forward a project to expand Edinburgh in 1725 r., shortly after assuming the office of mayor. Work began only in 1759 r., after draining Lake Nor ', existing below the castle. North Bridge, connecting the Old Town with the port of Leith, was built between 1763-72. In year 1766, after announcing a public competition for the plan of the New Town, a project by 26-year-old architect James Craig was selected for implementation. The grid layout perfectly suited the site of the future construction site: running through downtown George Street, ended with beautiful squares on both sides, was laid out along the main, long and narrow hill. Parallel Princes Street and Queen Street are on both sides, and on the smaller ones Thistle Street and Rose Street, stagecoach inns were erected between these main streets, craftsmen's apartments and shops. Princes and Queen Streets were built on one side only, so that the houses do not obstruct the picturesque views of the Old Town and Fife. The natural scenery and spatial differentiation of the terrain gave architects a wide range of possibilities. Robert Adam took advantage of these opportunities extremely skillfully. His contribution was particularly large in the final phase of the work. The first New Town, as the neighborhoods designed by Craig were used to describe, in the early decades of the 19th century. was further expanded, harmoniously and gradually, according to the geometric ideals of classicism.

The planned layout of the New Town seems to be its most significant feature, the delights of the well-thought-out composition created by the promenades, place, ronda, semicircular streets and parks, as well as complexes of buildings, such as Register House, the north face of Charlotte Square and a group of original structures around Cal-ton Hill. There are also many examples of Victorian architecture in the New Town. In addition to the Walter Scott Monument, these include three of Edinburgh's largest artworks – National Gallery of Scotland, The Scottish National Portrait Gallery combined with the Museum of Antiquities and the Scottish National Gallery of Modern Art.