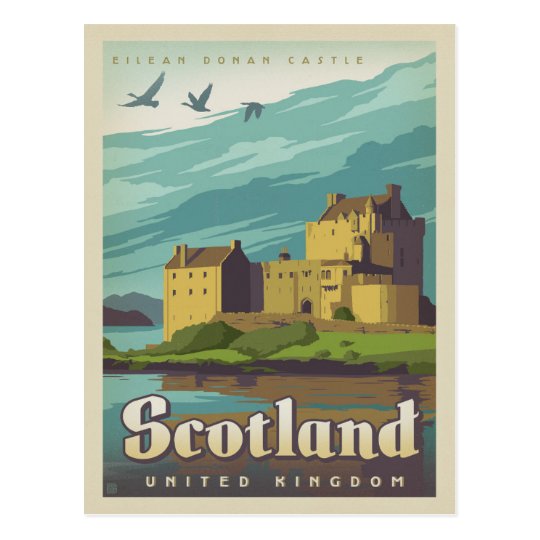 Scotland – where to go

If someone has little time, might look briefly at one of them – preferably to both of the largest Scottish cities, Edinburgh or Glasgow. After that, it is worth visiting the west coast with its picturesque scenery, where many interesting traces of the country's long and turbulent history have been preserved.

Traveling over the mainland of Scotland is relatively easy: roads reach almost every corner of the country, trains go to all major cities, and a dense bus network covers all towns except villages in the greatest remote area. Hiking enthusiasts will find many trails, which intersect all landscaped parks, as well as a large part of wild and desolate areas. Without your own means of transport, it's a little harder to get around the islands, where – especially in the Western Islands – buses run very rarely and it is often impossible to coordinate the journey with the time of arrival or departure of the ferry. Almost all ferries – and there are many of them and they are characterized by punctuality – are owned by Caledonian MacBrayne. You can buy discounted tickets combining journeys to the different islands, which greatly reduces the cost of using ferries. You can find affordable accommodation almost everywhere, the cheapest (and sometimes the worst) offer youth hostels and hundreds of private accommodation and guesthouses.

Most tourists start their journey in Scotland from the capital, beautiful and old Edinburgh, famous for the picturesque castle and the Palace of Holyroodhouse. Great museums are an additional attraction of the city, and above all the Edinburgh International Festival – world-famous great artistic event, held at the turn of August and September, lasting three weeks. Bustling Glasgow is not far from Edinburgh, a large industrial metropolis, which was once the second largest city in the British Empire. In recent years – although as an industrial center it has declined somewhat – Glasgow is trying to improve its image. Beautiful buildings undoubtedly add to it, pearls of architecture at the end of the 18th and 19th centuries.

In southern Scotland, often underestimated as a tourist region, there are some of the most beautiful landscapes in the country. The river valleys around the town of Mofat are particularly picturesque, and the forests and rolling hills of Galloway Forest Park, adjacent to the coast of Solway. To the east of the region bordering England lie the ruins of four famous abbeys: Melrose, Dryburgh, Kelso i Jedburgh. The latter is undoubtedly the most interesting, but the lovely town of Melrose, situated in one of the most beautiful parts of the Tweed Valley, it is best suited as a base, especially not far from here to Abbotsford, interesting, Walter Scott's mansion full of interesting exhibits.

In central Scotland, extending north of Edinburgh, on the opposite side of the Firth of Forth, the landscape is very diverse: from deep and shady valleys and gorges to steep peaks and gentle slopes of the Trossachs. In Stirling you can visit an impressive castle, and play golf at St Andrews on the coast, the birthplace of the sport. North East Scotland seemingly has little to offer, and yet an interesting experience can be provided either by hiking along the whiskey trail in Speyside, such as traversing the tranquil and majestic valleys of Angus or a visit to coastal Aberdeen, the third largest city in Scotland, which owes its prosperity to crude oil. At the heart of the region lies the "royal" Deeside and "beloved paradise" of Queen Victoria, Balmoral Castle.